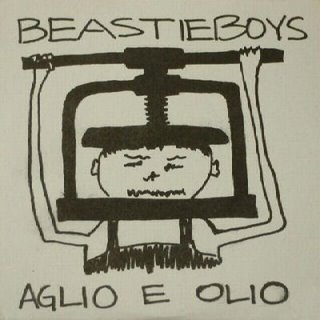 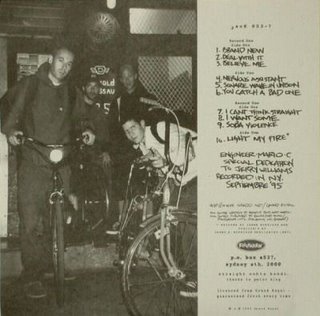 When I was in high school EVERYONE I knew listened to the Beastie Boys. I think I first heard them on MTV doing either Fight for Your Right, or No Sleep ’til Brooklyn. Whatever the case may have been, it’s pretty amazing that they’ve still remained in the mainstream for as long as they have. Especially being as diverse as they are (see: The Sounds of Science.)

I was always interested in the fact that they would often retouch on their punk rock roots, like on the Ill Communication album with songs like Heart Attack Man. I usually rank them in with the lump some of my favorite punk bands, and it’s funny because nowadays a lot of people don’t even know about this. Anyway… this EP, Aglio E Olio, came out in 1995 and one of my friends had it on CD. I had looked for it forever, and after doing some research on Beastiemania.com (and with a little help from Napster) I was able to track down all ten tracks from (I believe) the Australian pressing of this. My friends CD was only 8 tracks, but it’s just not complete without the Doors cover…. anyway, for a while this was pretty hard to find, but I saw it up on eBay a few weeks ago…So, without any further adieu: Aglio E Olio